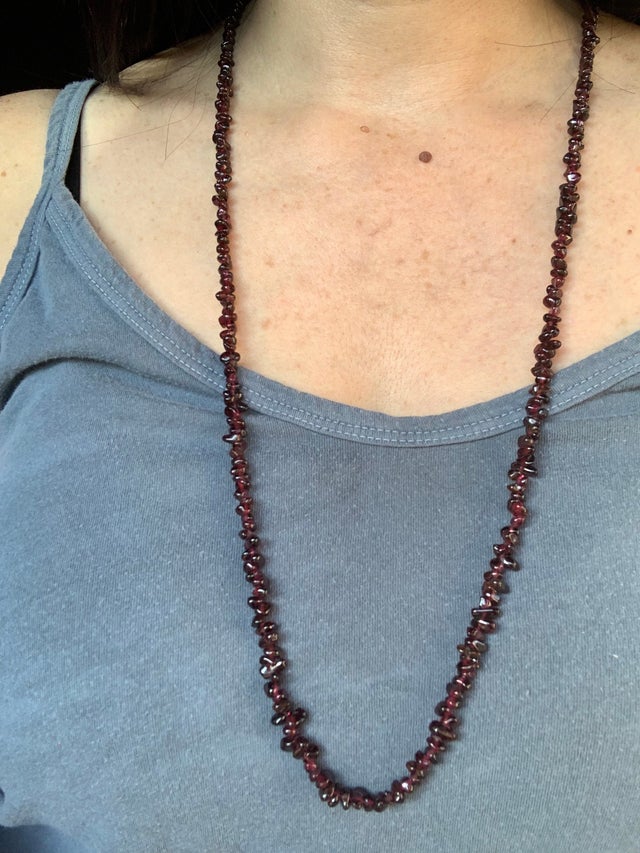 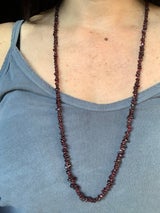 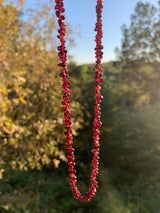 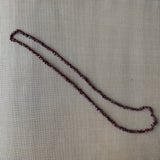 In Trolldom, garnets are traditionally used as a means of "firing up" and energizing a person. Garnet is considered a stone that heats the blood and strengthens the heart. Garnet, when worn around the neck, is useful in cases of malaise, melancholia, depressive or otherwise energetically depleted states. It can also be helpful for people wishing to confront laziness or fear by directly activating the stones toward activity and courage.

This vintage necklace has been adored and worn for many years by a woman who was the life of the party and was, by all accounts, a pathological extrovert. She believed that life was best lived fully engaged. Now, this necklace seeks to heat the blood and strengthen the heart of a new owner.

Will that be you?

Warning: wearing garnet may cause insomnia to particularly sensitive folk.

Unique and one of a kind item.